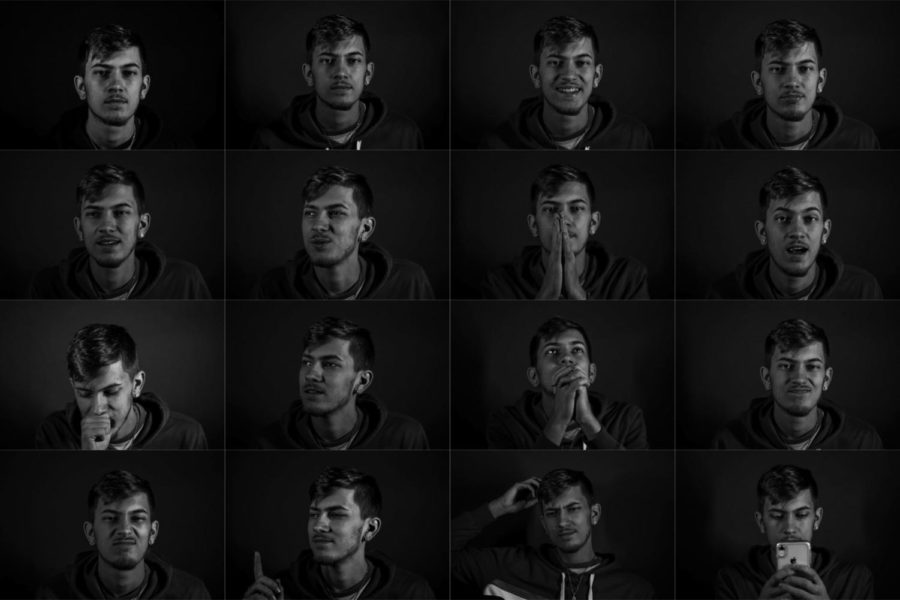 This is a series of 16 photos shot in black and white to capture the emotions of a person. I felt that josh holds a lot of emotions in and I was able to bring some of those out from just talking to him. It showed me how little just talking someone can change their mood. The best part about my school is that talking to anyone can change your mood from good to bad in seconds. Sam Horsfall/Fairhaven High School

Eleven photographers from across the state submitted images for the contest, and professional photographer Rose Lincoln of Harvard served as a guest judge.

“I like the photographer’s decision to go with a dark-toned, black and white format and the 16 image montage,” Lincoln wrote about the winning image. “It caught my eye and inspired me, as good art does, to want to learn more.”

“It shows interaction, is well-exposed, sharp, nicely cropped and is peak action,” she said.

She also spoke highly of the quality of entries overall, saying all were  “pretty well-exposed and properly focussed,” and that “while a few were hard to read most conveyed emotion and gave me insight into high school life.”

See all entries in the March/April contest below: